SPIRIT OF THE BOREAL BOTANICALS 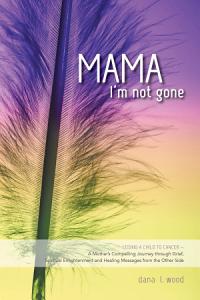 We went about our daily lives as normally as possible but when it came down to the fighting, we maintained our quiet yet tenacious determination.” And so begins the tragic but inspiring saga of 12-year-old Darah Joseph, a top-flight competitive athlete who developed Ewing Sarcoma, a rare and aggressive cancer that afflicts children and young adults. Her brave and positive outlook carried her through multiple chemotherapy rounds, an amputation and then back into athletics and training for the Paralympics. This gripping and emotional memoir, written by Darah’s mother, chronicles a painful and very courageous two-year journey that ended in physical death while opening a door to the spirit world in the afterlife.

Darah’s mother writes, “there are no coincidences.” As family and friends opened their hearts to Darah’s spiritual presence, her spirit gives clear and loving signs — including dozens of feathers — that she is at peace in a good place.

If you’ve ever wondered about the afterlife and whether there is one, Darah’s story will make you a warmly assured believer.

Dana Wood, the author of "Mama, I'm Not Gone," grew up in a small town in Manitoba, Canada. She began her career as a research scientist in 1992 and currently works in the field of alternative energy research. Dana has always maintained a very busy but fulfilling lifestyle by working full-time and dedicating almost a decade to coaching young girls and teens in the small community where she resided. She was always passionate about playing sports and watching her two daughters play. She is an avid outdoors enthusiast and loves nature. In 2011, her youngest daughter was diagnosed with a very aggressive form of cancer called Ewing Sarcoma. With less than a 20% chance of survival, Dana put all of her research efforts into trying to find a cure for her daughter. In 2013, after exhausting all possible treatment options, her daughter lost her battle with cancer, but Dana did not lose her determination to keep fighting. She has been inspired by her daughter to write this debut book, continue working, and study herbal medicine with a focus on cancer. Dana is of aboriginal descent and has recently been attuned to the traditional lifestyle of spiritual practices and medicine of the early indigenous people of North America. Dana also remains dedicated to raising awareness and funding cancer research. As such, she has recently been appointed to the position of Director, Western Development for the Ewings Cancer Foundation of Canada.